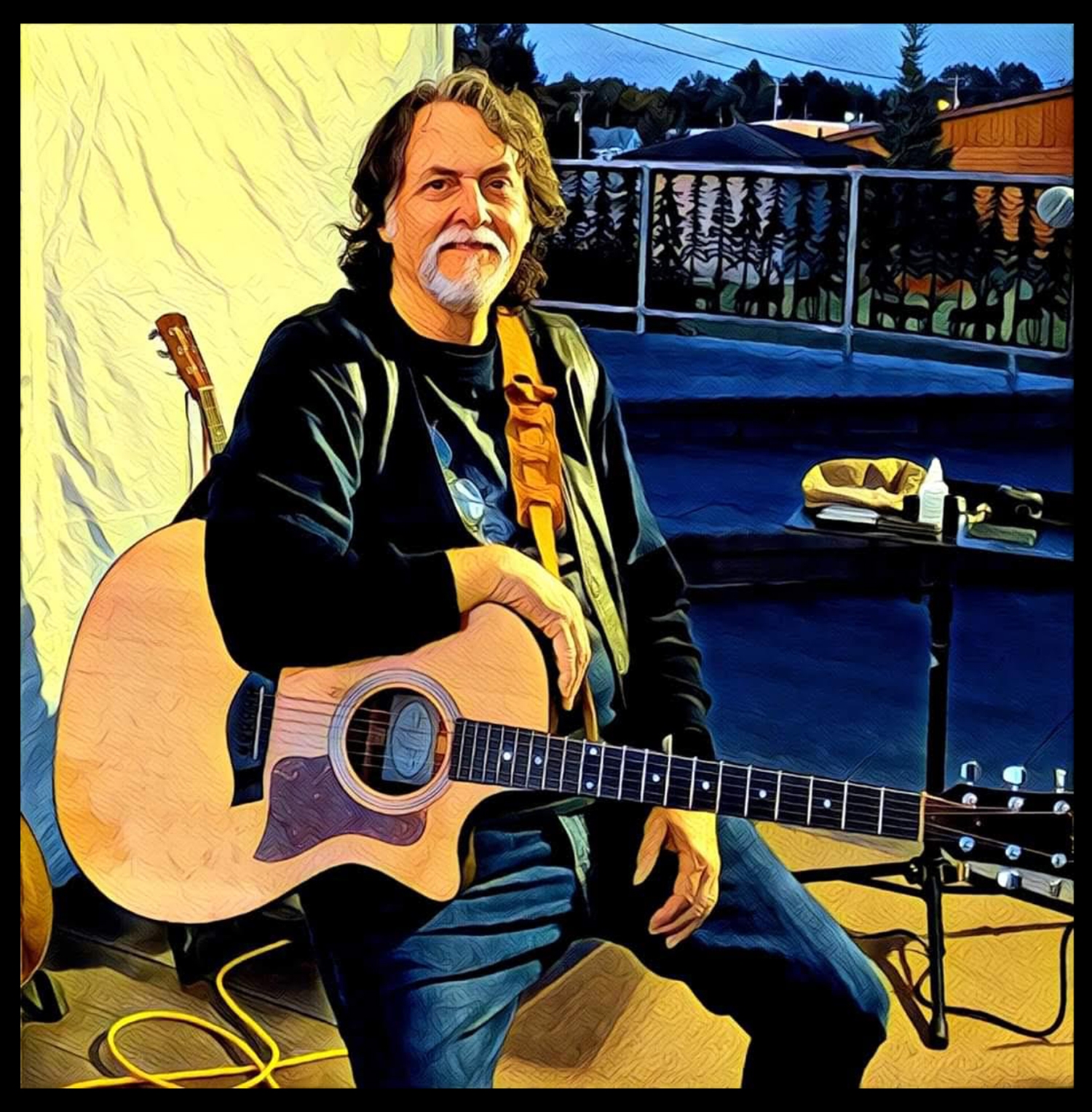 Retired local art educator with a past in painting/visual arts and performing music.  Experience in the 80s-90s fronting the bands “Pursuit” (Hard Rock’n- CCM), and “Beggar’s Joy” (rock/jazz/folk/blues fusion- CCM); Relocating, focused on teaching, and his own painting regimen, Larry wrote a book on Landscape Painting, and several DVDs on painting.  It was needing some background fill music for his DVDs that he picked up and more or less reinvented his style of play with acoustic guitar.  From that, Larry created several CDs  “Desert Muses”…”Wilderness Wanderings” and working on the third in the trilogy-  “Wandering No More”  in addition his CD “Signatures and Covers”

He has played with various artists as opportunity has provided.  His style is an aggressive fingerstyle covering the 60s to contemporary, blues and folk, rock, and has been writing and performing his own originals since the 1970s;  often described as an eclectic mix.  Larry plays acoustic blues slide guitar, delta and Chicago style; and switches off between instruments, his Taylor 314CE and all Mahogany Alvarez with LLBaggs pickup, and neck brace for blues harp.  Preferring to be described as “seasoned” than “up in years!”  lol